On 29 September 2022, the Bank Guarantee Fund adopted a resolution decision for Getin Noble Bank S.A. (“the Bank”). On 30 September 2022, the Fund’s decision was delivered to the Bank. Thus, on that date, the resolution process against Getin Noble Bank S.A. was initiated. Also on that date, the Bank’s capital instruments were written down and an administrator was appointed in the Bank.

In addition, according to the decision, on 3 October 2022, the Bank’s operations excluding i.a. FX mortgage loans will be transferred to a bridge bank Velo Bank S.A. The full list of exclusions can be found in the “Informacja o przyczynach I skutkach” file on the Fund’s website www.bfg.pl (Polish version only).

Before the decision on the resolution of Getin Noble Bank S.A. was made, in accordance with Article 137 of the BFG Act, the valuation of the Bank’s assets and liabilities had been carried out. For this purpose, the Fund cooperated with Deloitte Advisory Sp. z o.o. sp. k., the entity preparing Valuation 1 and Valuation 2. 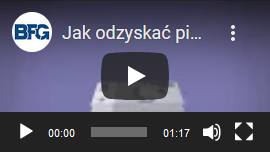